Canonical CEO and founder Mark Shuttleworth explained that Canonical is now thinking about security as part of operations, rather than security, separate from operations.”

Shuttleworth explained: “We’re offering full 10 years of coverage for all packages including the 30,000 packages that we never previously covered with security updates. This represents a huge improvement in enterprise security.”

Microsoft Engineer said,
We’re excited to partner with Canonical to bring the Ubuntu 20.04 LTS innovations across our toolchain — from developers on WSL to scaling enterprise production deployments in Azure,” said John Gossman, a Microsoft distinguished engineer. “In this release, we’ve made it easier than ever to manage workstation environments and to enjoy the long-term stability and security of Ubuntu Pro for Azure across a wide range of compute options.”

Updated Packages
As with every Ubuntu release, Ubuntu 20.04 LTS comes with a selection of the latest and greatest software developed by the free software community.

Ubuntu 20.04 LTS is based on the long-term supported Linux release series 5.4. Notable features and enhancements in 5.4 since 5.3 include:

WireGuard is an extremely simple yet fast and modern VPN that utilizes state-of-the-art cryptography. It aims to be faster, simpler, leaner, and more useful than IPsec, while avoiding the massive headache. It intends to be considerably more performant than OpenVPN.

WireGuard aims to be as easy to configure and deploy as SSH. A VPN connection is made simply by exchanging very simple public keys – exactly like exchanging SSH keys – and all the rest is transparently handled by WireGuard. It is even capable of roaming between IP addresses, just like Mosh. There is no need to manage connections, be concerned about state, manage daemons, or worry about what’s under the hood. WireGuard presents an extremely basic yet powerful interface.

Cloud-init was updated to version 20.1-10. Notable features include:

Ubuntu 20.04 maintenance updates will be provided for 5 years until April 2025 for Ubuntu Desktop, Ubuntu Server, Ubuntu Cloud, and Ubuntu Core. All the remaining flavours will be supported for 3 years. Additional security support is available with ESM (Extended Security Maintenance).

The offensive security released final version of Kali Linux 2018.4. Which is available for immediate download. This release…
byPriyanshu Sahay
27 shares
27
0
0 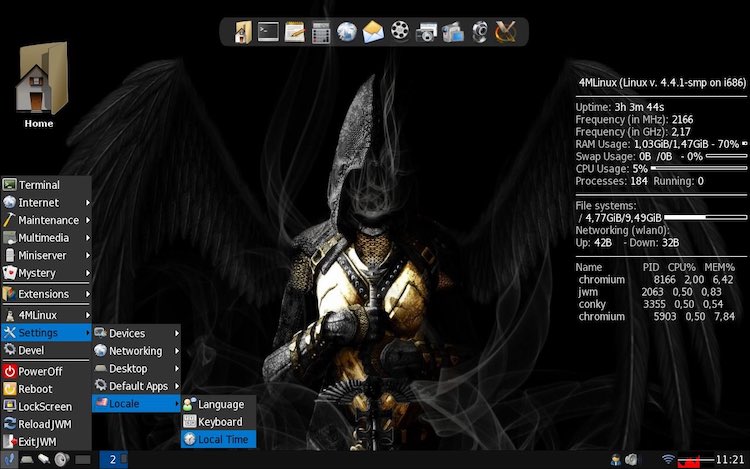 4MLinux is a small, independent, general-purpose Linux distribution with a strong focus on the following four “M” of…
byPriyanshu Sahay

Ubuntu Upgrade With Another Security Patches With Linux Kernel

The canonical released another update for UBUNTU users after a week. Ubuntu security team has released patches of…
byPriyanshu Sahay
19 shares
19
0
0