CryptoJacking: A Technique Using By Hackers To Mine CryptoCurrencies 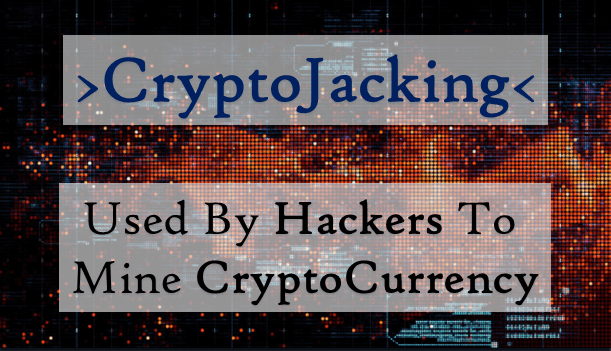 CryptoJacking: A Technique Using By Hackers To Mine Cryptocurrencies

Pro-Ocean uses known vulnerabilities to target cloud applications . In analysis, researchers found Pro-Ocean targeting Apache ActiveMQ (CVE-2016-3088), Oracle WebLogic (CVE-2017-10271) and Redis (unsecure instances). In the case that the malware runs in Tencent Cloud or Alibaba Cloud, it will use the exact code of the previous malware to uninstall monitoring agents to avoid detection. Additionally, it attempts to remove other malware and miners including Luoxk, BillGates, XMRig and Hashfish before installation.

Once installed, the malware kills any process that uses the CPU heavily, so that it’s able to use 100% of the CPU and mine Monero efficiently.

Pro-Ocean attempts to disguise itself as benign, it packs an XMRig miner, which is notorious for its use in cryptojacking operations. The miner seeks to hide using several obfuscation layers on top of the malicious code:

The binary is packed using UPX. This means that the actual malware is compressed inside the binary and is extracted and executed during the binary execution.

Pro-Ocean targets several typical cloud applications including Apache ActiveMQ, Oracle Weblogic and Redis, with an emphasis on cloud providers based in China including Alibaba Cloud and Tencent Cloud. It is written in Go and compiled to an x64 architecture binary. It contains four modules that deploy during execution — hiding, mining, infecting and watchdog. Each module contains some files written in various languages (C, Python or Bash) and a Bash script that executes it.

According to Kaspersky Lab Cryptojacking Cases Have Risen 40% in 2018, 13 million cryptojacking incidents in 2018. Also it might become larger in 2019.

CryptoJacking is the top Cybersecurity threat for mining cryptocurrencies in 2018. According to McAfee report, it grows approx 630 percent in the first quarter of 2018. The security researchers also found that, the fake Adobe Flash updates to push mining the cryptocurrencies through Malware.

As we all know Cryptocurrencies boom is on rise. In just few months, many cryptocurrencies have reached their all time high and given a hefty returns to their investors. So some of the Hackers are now finding ways to capitalizing these crypto coins by stealing it from user’s wallets. CryptoJacking is the process of using your computer silently to mine cryptocurrencies.

As we all know many Cryptocurrencies are Mineable. So Cybercriminals are using your computer to mine Cryptocurrency. Hackers are also trying to do some phishing via email by sending you a malicious link in the email that silently execute cryptomining code in your computer background. And by hijacking the website they could even insert malicious code in the victim’s browser.

CryptoJackers are now approaching Ad companies to insert malicious ad code to display it to a wide number of users.

CoinHive is the company which developed the script for Cryptojacking as a revenue alternative.

How does it Work?

CryptoJacking is on Rise

“Crypto mining is in its infancy. There’s a lot of room for growth and evolution,” says Marc Laliberte, threat analyst at network security solutions provider WatchGuard Technologies. He notes that Coinhive is easy to deploy and generated $300 thousand in its first month. “It’s grown quite a bit since then. It’s really easy money.”

How to detect CryptoJacking?

There are some basic ways to detect cryptojacking in your Computer:

According to report CryptoJacking attacks in UK have surged by 1200 percent in just few months. Earlier in Feburary, Information Commissioner’s office attacked by cybercriminals after insert a crypto mining scripts into a browser plugin.

More than 1400 currencies have existence in the crypto market. A privacy focuses cryptocurrency called Monero is commonly mined by Cryptojackers.

Recently Tesla was hacked for CryptoJacking, there are many open source plugins that allow without a password.

How can we Protect?